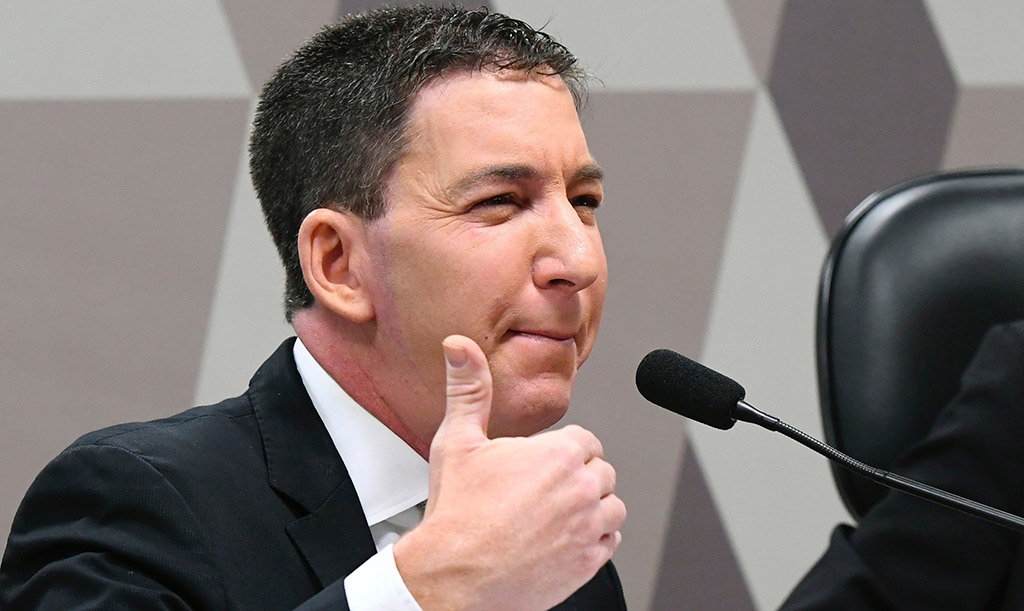 We are here to chronicle the life of our antihero, Glenn Greenwald, especially the parts he either avoids talking about, or disguises with elaborate lies.

To start, take a look at His Name is Rio - written under Glenn’s own byline in 2006. It was one of the hardest things to find on the Internet Archive, and by the time we did so we already knew that the owner and operator of the agencies it describes, named Curtis Jacobs in that article, was really Glenn.

There are plenty of reasons we know that Rio Gay Guides and Rio Male Escorts were founded by Glenn and his NYC-based business partner, Jake Jaxson. For example a prototype version of the site existed some months earlier within Hairy Studs Video, whose ownership was [documented in 2013 by NY Daily News] (#first-us-published-articles-about-greenwalds-porn-empire), although largely forgotten.

We host our own reconstructions of some of Glenn’s lost websites, almost entirely based on material from the Wayback Machine but with faster and more reliable navigation, and fewer dead links.

The sites themselves describe the owners, and David Miranda’s email address and photo appeared prominently on the sites as a kind of front-of-house manager.

A reconstruction of sites Glenn and David set up in Brazil in 2005.

Glenn’s email address is quoted by NY Daily News (from court depositions) as DomMascHry31@aol.com. This can also be found in the domain records of Studmall alongside the mailing address for Glenn’s old law firm.

There’s one other place we have found this email address. It belongs to an account called DomEscort31NYC who invites interested users to email him. The offer is pretty extreme even for the male4male escort review chat site, where it was posted.
With a bit more work, other accounts of Glenn’s can be found on that site, including HairyDomBraz27 and his political alt from 2003-5, Doug69.

NEW The search facility on the forum seems to currently be broken so we have included a list of links to all 527 topics with a contribution from Doug69 here.

In 2013 NY Daily News uncovered an acrimonious court case from 2002-4. We believe it is likely this was the result of a tip-off by one of Glenn’s former associates.

One of the very few published updates to this story, which appeared in Washington Babylon in 2021, we’ve put here too. 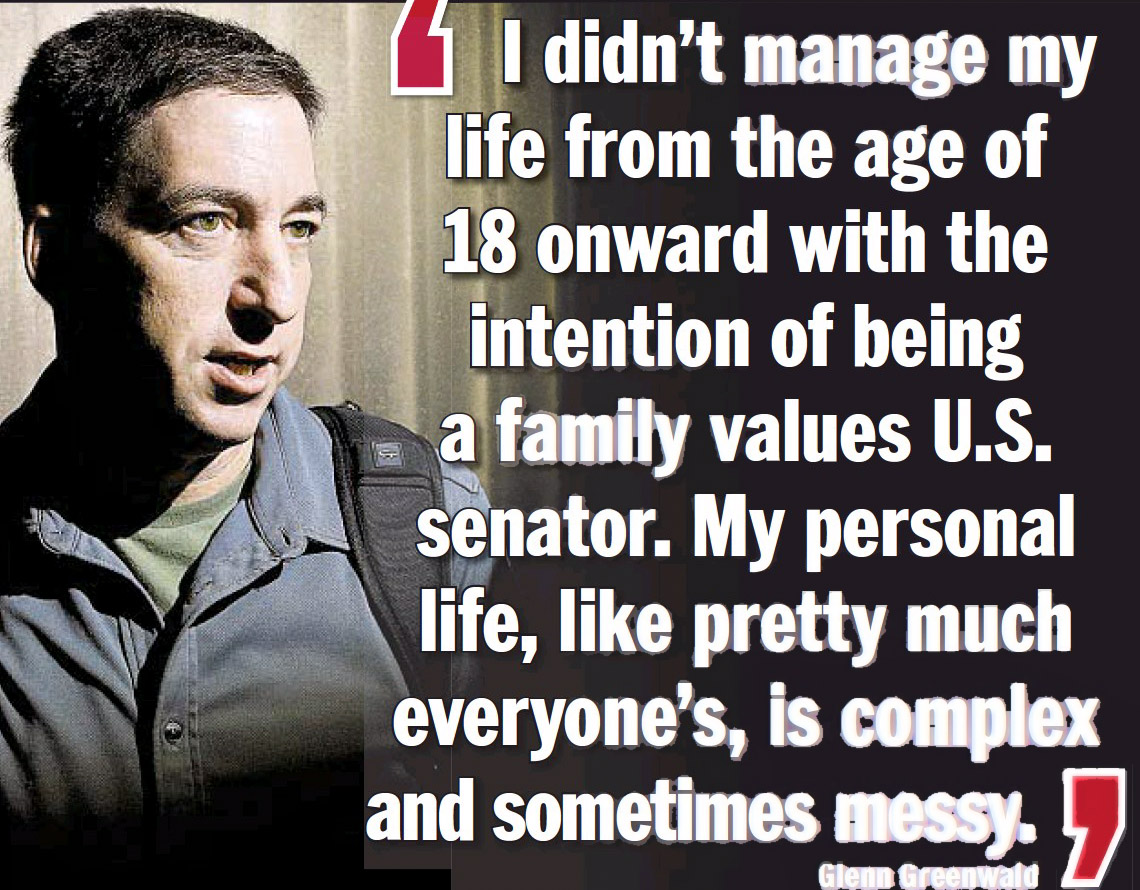 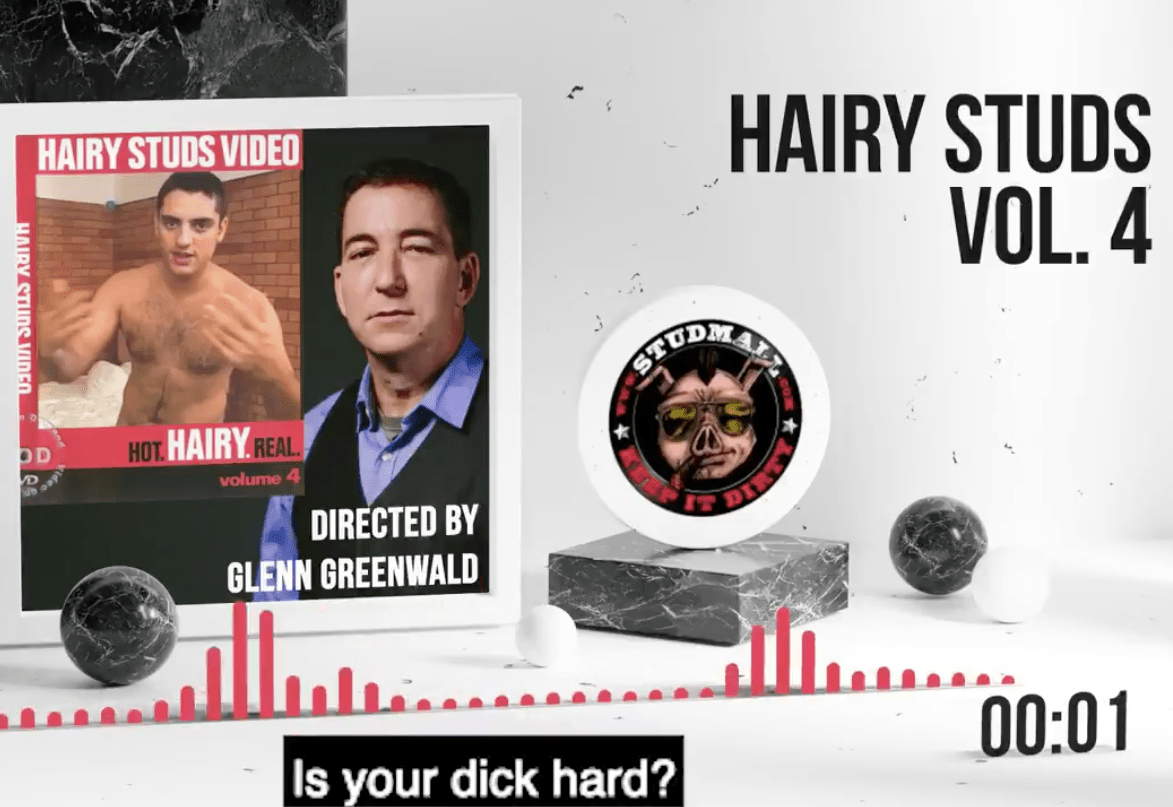 It appears Glenn tried to get ahead of the NY Daily News revelations by publishing his account, which he has repeated with multiple variations in profiles and interviews since. See Key Excerpts and links for some of these.

But is Glenn’s claim true?

If it is, then Glenn’s Blue Period would be exactly 100 years after Picasso’s.
Had New York Daily News, Buzzfeed, The Guardian and others not been too shy to check, they might have quickly realized there is overwhelming evidence against Glenn’s version of events.

DNS and corporate records, and other key documents are being gradually added to this site.
View the domain name record history for Studmall and Hairy Studs Videos here.
The impatient will find most of them already on Twitter. 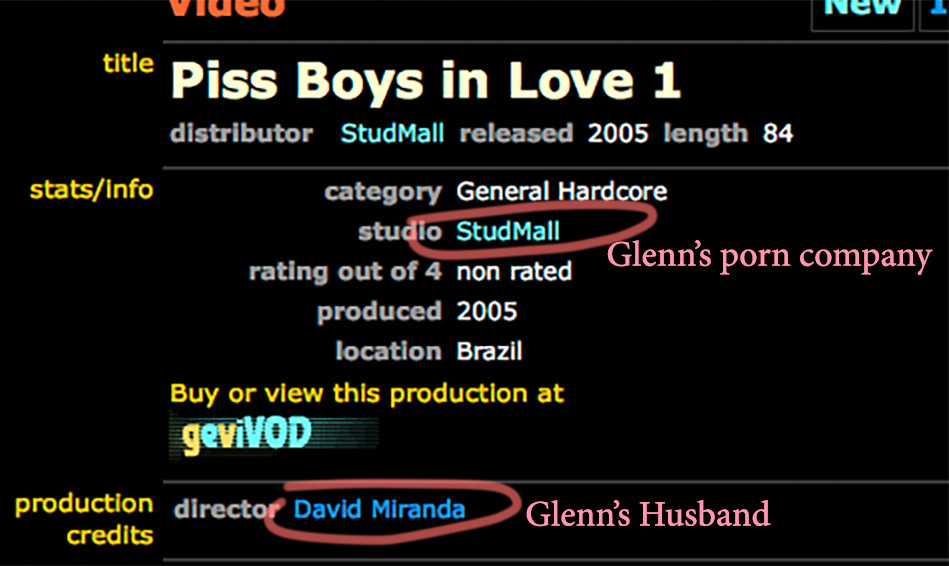 This can get a little complicated. Branding is not consistent, catalogs are not perfectly accurate, and

multiple box covers can exist for the same movie.
Here’s a genuine box cover for Tattooed Tops although you won’t find it in the list I just mentioned. Although it is marked as ©Studmall, it is branded with the studio BarebackInc.com.
For the original uncensored image see the Gallery of Box Covers 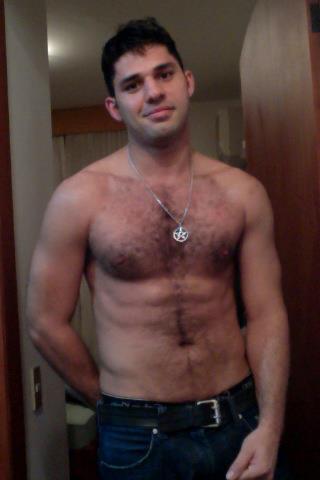 Articles in the Brazilian press in August 2019, first alleged that said Glenn had produced porn in Brazil, with David, and for a considerable while.
They were based on interviews and did not seem to have any actual post-2004 records or movie titles. We do not know with whom and we cannot verify all the details. Yet some of the facts they stated about dates, locations and people involved — not previously published — we can verify by other means. None of these articles is a hit piece that someone casually made up.
David’s role as talent scout for movies Glenn produced was described in Era Garoto de Programa

A Brazilian site devoted to this subject, BetterCallGlenn.com, was created in 2019. The site is no longer active but most of the articles are preserved on the Internet Archive.

We have included a number of translations as well as links to the originals, which can be accessed from the sidebar those pages.
Start with A sexual predator named Glenn Greenwald, Part 1

was the leading gay listings magazine in New York City for most of the 90s and 00s.

In February 2005, the very same week that Glenn and David “met on the beach” in Rio, back in NYC, HX published an article Cheap Trixxx under the by-line of an unknown writer and “resting” lawyer, Glenn Greenwald.
How did you ever manage without its handy advice?

DON’T forget about the sound. If you’re shooting in New York, close your windows!
Nothing is worse than the sound of hot sex being drowned out by sirens, passing buses and couples fighting next door.

The article was simultaneously promoted on the Studmall.com website. Read it here.

One person we can check with is Jake Jaxson, his former business partner. He doesn’t say anything about two years. And the documents support Jason.

We’re not really a movie review site.
More of a This Movie Really Exists and Glenn Really Produced It? site.

But since you asked, we’re currently fond of this.

Other Sites About Glenn 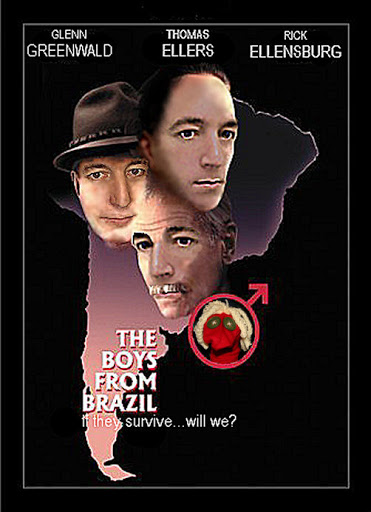 It is inexplicable that so few have ever called him out by name for such deplorable, unethical behavior. So I am doing it as plainly as I possibly can. Glenn Greenwald is a serial liar. He is a bully. And he has no business being taken seriously ever again.

We have collected many of these antif-fan pages here.

Glenn condemned the denial of law license to a leading American Neo-Nazi as an “egregious constiutional abuse” in this court filing.. Although he claims now to have been a “First Amendment” lawyer, his failed attempt to claim a constitutional right to a law license may have been his only such case.

We have collected some details of his cases, including two representing HX Magazine.

The subject Glenn lies about the most is himself. In his telling, he graduated top of his class and even thinks he has a Pulitzer Prize

This site is incomplete.

For those in search of further details and evidence, here are some starting points with threads about Glenn on Twitter.