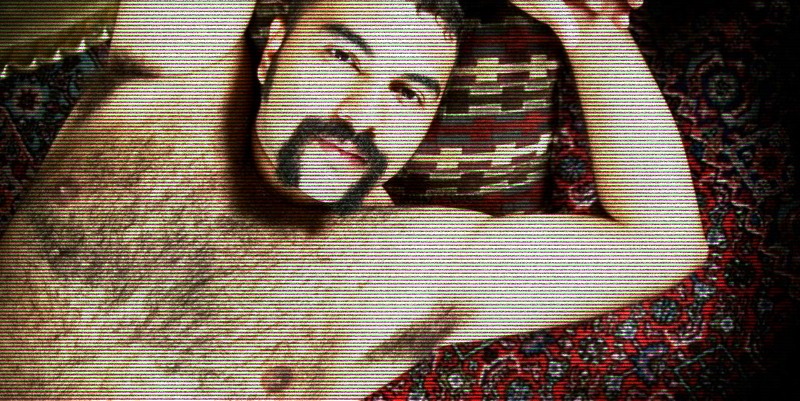 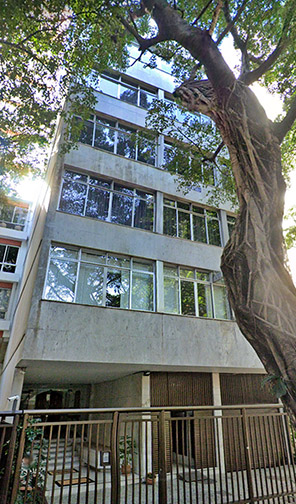 Nothing illegal, but of very dubious taste. We still don’t quite understand Verdevaldo’s irritation.

There is nothing illegal or criminal about your activities related to Stud Mall in Brazil or even in the United States. Except for Peter Haas and two other people, with whom Greenwald acted dishonestly by stealing his clientele from Haas and having as an accomplice Jason Buchtel - now aka Jake Jaxson - whoever wants to consumes the sewer pornography produced by Glenn and that’s their problem.

Raul (whose real name we will keep confidential), is now 44 years old and lives in the Cantagalo-Pavão-Pavãozinho slum complex. I suggest to him that even to avoid prying eyes from the community - that we go to the Copacabana waterfront, where a friend was keeping an eye on a silver Renault Sandero, a vehicle that followed us from where we marked with Raul.

We left the ENZULI phantom headquarters where we were not allowed to go up again, and went to ‘Raul’. In fact, I suggested the boy to get out of there and go to another location to see if the car would follow us wherever we went.

There was nothing else, when at one of the ‘Coisa de Carioca’ tables (free jabá) - the Sandero guy sat close enough to hear us, I pulled out my cell phone and threatened to take a picture of him, as well as call a policeman who was in the nearby.

He left saying something in a low, menacing tone. Without further ado… where will Glenn get me? ‘What a fear’, Didi Mocó would say.

Oh, sweet irony. Cantagalo-Pavão-Pavãozinho. Call of Duty: Modern Warfare 2, used the set of slums to theatricalize the stage of the game where the international military force Task Force 141 needs to hunt down terrorists allied with local drug dealers.

Unfair and defamatory. Want to find bad guys and theatricalize the business? Go to Glenn Greenwald’s house or the front locations he uses in the West Zone of Rio to receive very suspicious correspondence.

At number 460 of Estrada da Gávea, there is a place that Verdevaldo frequents assiduously - always with a backpack on his back and two vehicles for his safety. What is there?

Ok, fiction, it’s just a game. But when the CoD producer tried to use Astrakhan, one of the poorest Russian cities and totally dominated by the mafia, a ‘message’ was sent to the producers.

Have you seen Astrakhan in an Activision game? Iranian game designer Mohammad Alavi has received warnings from the Islamic community that what is his is in store for helping Americans and Europeans to further vilify local Muslims.

Here’s an apology to the reader: pardon me for splitting the raft into three bites. But believe me… it will be more fun to irritate and unmask Glenn Greenwald with content that he for so many years tried to hide between 2002 and 2013 - when Snowden seemed to be a more financially interesting vein to the noble cyber-farmer.

In the name of respect and good taste, obviously content such as photos and videos will be on the .onion version of our site. Even so, with login and password to prevent minors from accessing horror in the form of sex.

Were you already working in the adult business or was Raul & Clay your first experience?

At the time, we still paid the boys to paste the lamb-lambs on public phones around the Farme de Amoedo and hotels to attract customers. I started out as a call boy when the traffic took over where I lived and there was no way to pay the rent.

Gays were never welcome there and when the traffic started to dictate the rule, it was better to leave or today I would be dead. I had disk-sex and a friend referred me to another who indicated another and in this whole group there was David (Miranda).

Were you already a prostitute when you met Glenn?

Yes, already. Even for safety reasons, we were always in groups at Farme. Most of us were always pumped out of the gym so it intimidated attackers who would just swear and verbally abuse us as usual.

But it was another American who approached him.

We spent a weekend, went to saunas, Praia da Macumba. It was a guy in the closet who saw the opportunity to break free and live out his wildest fantasies (speaking of Glenn).

They rented a luxury apartment in Barão da Torre (Ipanema), with a balcony and everything and the neighbors went crazy because they were non-stop parties. General Revelry.

Did you act with Glenn?

No, he just created the scripts. He didn’t want anything mechanical or predictable. I didn’t even know his or Jason’s real name when they first came to shoot in Rio.

Once again we apologize to the reader - but it will be fun to split the crack of the whip in stages, to give Verdevaldo the same venom he tries to use against us.

He edits the stolen messages to try to manipulate the political landscape, even impersonating politicians like Joice and a journalist from O Globo.

Sorry if your health is not good and you are in trouble Verdevaldo - but you didn’t think twice about attacking the broom that started to sweep from the life of Brazilians all the political scum that Lava Jato helped to put in jail.

As was said in the beginning: either we fall, or you fall. There is no chance of this battle ending in a truce. One way to end this is to hand over the names of those who ordered the crime. We already know, but justice wants to hear from you.