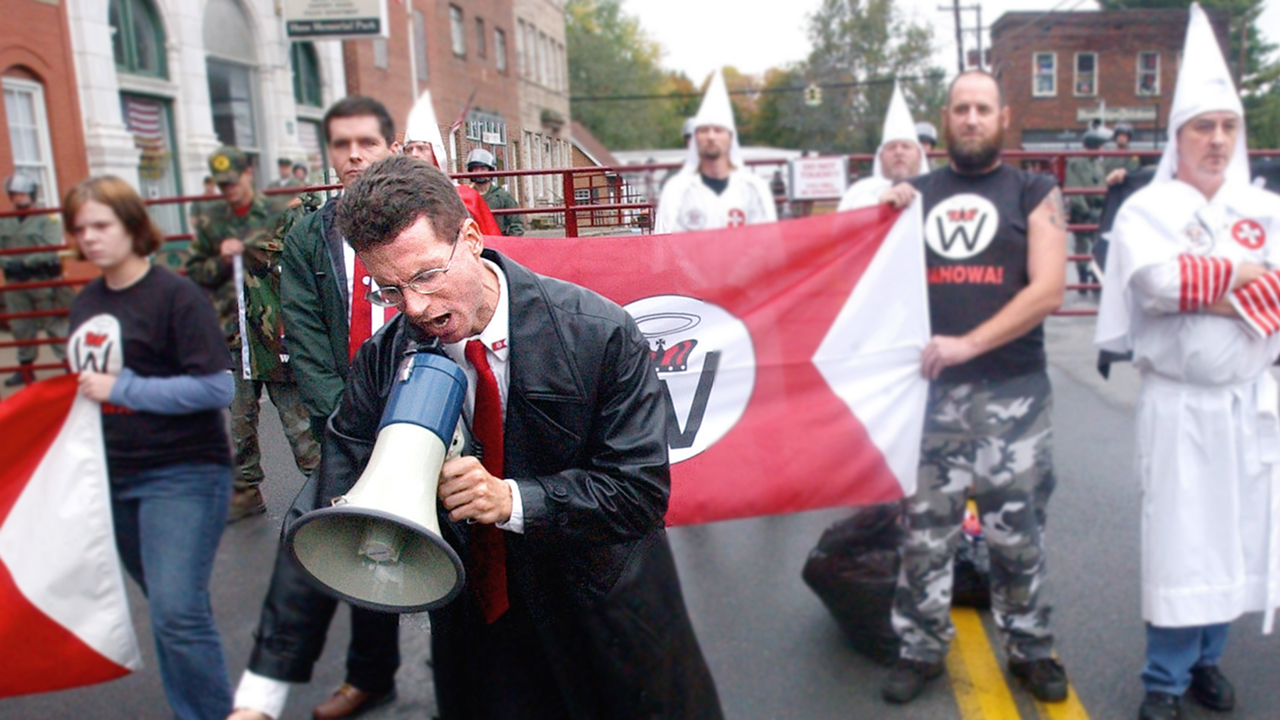 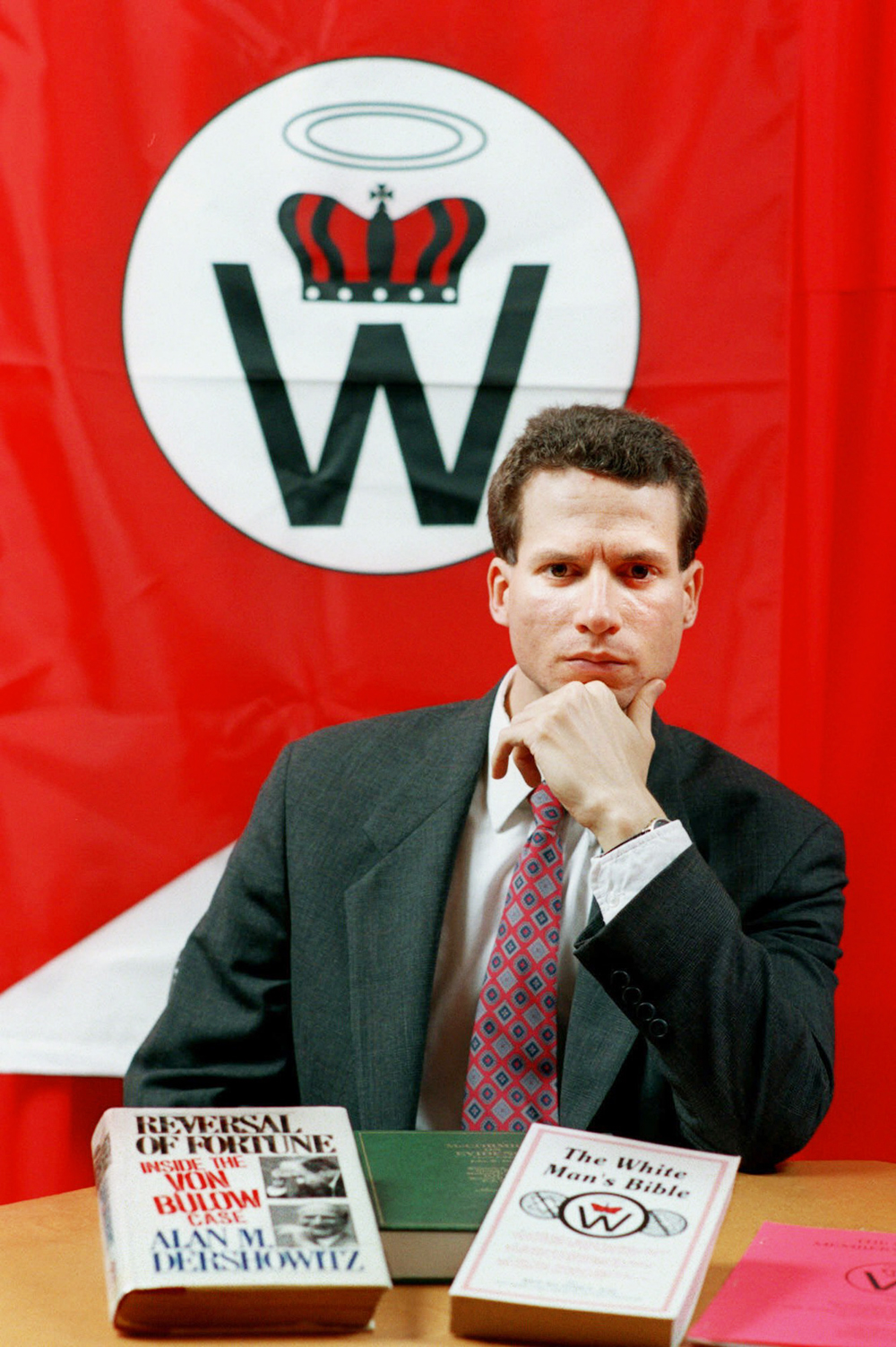 United States District Court for the Northern District of Illinois · No. 00 C 2021

Plaintiff was shot by Benjamin Smith during a shooting spree in various locations in Illinois and Indiana during the period July 2-4, 1999. He now brings this action against Matthew F. Hale, The World Church of the Creator (WCOTC) and Smith’s estate, claiming, among other things, that Hale, WCOTC and Smith conspired together to have Smith engage in the shootings. Plaintiff, initiating discovery, obtained some of the information he wanted, but some Hale and WCOTC refused to produce, and plaintiff has now moved to compel.

Plaintiff seeks Hale’s and WCOTC’s telephone records for the period January 1998-August 2000, and the identities of their telephone and internet service providers during that period, and their computer hard drives. He also seeks WCOTC’s current and former membership lists; the identity of each member’s position, office and title; and “its financial information.” We deal first with the membership lists and the status of each member.

Defendants’ resistance to production rests upon the concept enunciated in N.A.A.C.P. v. Alabama, 857 U.S. 449, 462-63, 78 S.Ct. 1163, 2 L.Ed.2d 1488 (1958): “Inviolability of privacy in group association may in many circumstances be indispensable to preservation of freedom of association, particularly where a group espouses dissident beliefs … [Compelled disclosure of petitioner’s Alabama membership is likely to affect adversely the ability of petitioner and its members to pursue their collective effort to foster beliefs which they admittedly have a right to advocate, in that it may induce members to withdraw from the Association and dissuade others from joining it because of fear, of exposure of their beliefs shown through their associations and of the consequences of this exposure.” They point out that one member was fired from his employment when his association with WCOTC became known, and Hale has been denied a law license. Plaintiff contends that his need for the information is compelling and that defendants’ concerns can be alleviated by restricting access to the membership information solely to the attorneys. He relies upon Marshall v. Bramer, 828 F.2d 355 (6th Cir.1987), in which a Ku Klux Klan member was required to produce a list of members in a Kentucky county, but disclosure of the list was sharply restricted.

We recognize that the result here should be governed by a balancing of interests, the interest of the plaintiff in acquiring information that may be helpful to him in seeking a just conclusion to his claims balanced against the possible adverse impact upon the associational rights of WCOTC members and prospective members. Plaintiff has been provided with the names of six persons with knowledge of Hale’s relationship with Smith and defendants have agreed to produce writings, tapes and videos which were created by Hale and WCOTC or generated for internal use. That, plaintiff contends, is not enough. He argues that he needs the additional information for a number of reasons.

For now, we largely disagree. The views of WCOTC are not just “dissident”; they are despicable. WCOTC and its members do have, however, associational rights which are entitled to protection. We are told that the membership of WCOTC is anywhere from 100 to 4,000, with an Illinois State Police estimate of 100 to 1,000. Plaintiff seeks information respecting a casual relationship between Smith’s shooting spree and his nexus with the defendants. We have no quarrel with plaintiffs efforts to discover Smith’s relationship with the defendants and his contacts during a reasonably relevant period, but we question how production of a membership list will further that effort. The likelihood that wholesale depositions of members throughout the country will turn up anything worthwhile is remote. In Marshall the focus was local, and the probability that a number of persons subject to deposition were involved in the’firebombing or knew about it was high. Here the likelihood of knowledge by the membership generally appears to be low. Moreover, the chilling effect of disclosure, we believe, is not confined to public disclosure. It extends to the knowledge that some outsiders have the list and that future *495public disclosure is possible. We think that plaintiff should proceed with the depositions of those already disclosed. Perhaps that will lead to information justifying further disclosures. Also, plaintiff points out that WCOTC encourages members to identify themselves. Perhaps some have, through public filings or self-identification or other means. Disclosure of those names does not raise the same concerns, and plaintiff may require production of the names of those persons. The motion to compel the disclosure of membership lists and the status of members is otherwise denied.

For the same reason, we do not compel the production of telephone records generally. Plaintiff is entitled, however, to disclosure of calls between defendants’ numbers and any numbers associated with Smith. Further, we think plaintiff is entitled, if he wishes, and at his expense, to recreate, from the hard drives, any e.mails sent to the membership or to Smith during a reasonably relevant period. That can be done by a service that can screen the hard drives for that purpose. Finally, at this juncture we conclude that plaintiff is not entitled to detailed financial information but he is entitled to sufficient financial information to estimate a value for his punitive damages claims. Defendants are directed to provide financial statements to plaintiff in the form customarily required by banks for advancing modest loans.

A second motion is by Michael Ian Bender for a protective order and to quash a subpoena. Here it is the defendants who are overreaching. The motion is granted.

Another shooting victim, Ephraim Wolfe, has filed suit in state court. His attorney, Bender, obtained sworn statements from two individuals. Defendants have copies of the sworn statements. They want, now, to obtain whatever written matter there may be and to take Bender’s deposition to explore how the statements came to be taken. That they can explore by taking the depositions of the two affiants — or one, since it is the statements of Kenneth Dippold, that seems to be at issue. Apparently two other persons other than the court reporter were present when the statement was taken and, according to defendants, they had talked before with Dippold. If defendants’ attorney has difficulty in locating those persons, we would expect Bender to cooperate in locating them. They and Dippold are alternative sources of the information defendants seek and we see no reason for requiring the deposition of an attorney, a highly unusual occurrence.