Documents of All Kinds

Yes, Glenn’s first domain name record really did mispell the name of his own company.

Although a lot of current information is freely available — some is even necessary for sites to be able to be found — there is no single definitive source for historical domain information.

Below are the complete reports produced by domaintools.com , a leading commercial provider of historical internet records.
In pdf format, they contain fairly complete histories of domain registration, as well as home page screenshots and hosting information.

The most revealing and least anonymous information is often the oldest.

The 2002 record has HairyStudsVideo.com registered to Werner Achatz at the address of Glenn’s own law firm.
All the later records have a company as the registrant (domain owner).

Werner was Glenn’s long-suffering significant other at the time, and his name may have been used to prevent other staff from opening the mail; this is the only reference to his name that we have seen.

HairyStudsVideo was wound down as Studmall took off starting in 2004.

The records show Studmall registered to companies controlled by Glenn until at least 2008, first at the Seventh Avenue address of Greenwald Christoph PC, Glenn’s law firm, and subsequently at at 54th Street address.

After that it was controlled by Kink Ink LLC, although until 2013 the address remained at 250, West 54th Street — the very same address that the NY Bar currently have listed for Glenn Greenwald. 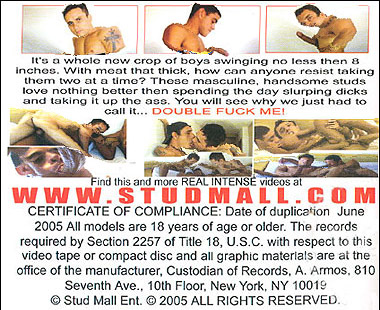 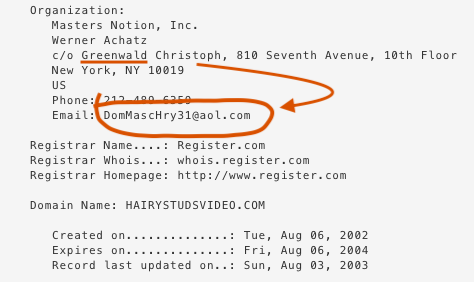 Possibly now that should read DomMascHry54@foxnews.com 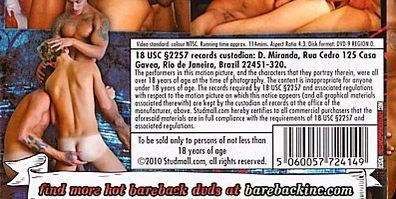 These sites were kept anonymous throughout so the reports are less revealing, but they do tell us exactly when the sites were first registered and roughly how long they remained operational (2005–2008). Their ip addresses have considerable overlap with those used by Studmall and other sites Glenn owned, indicating a similar hosting pattern.

The most striking thing about these records are the home page screenshots, particularly the ones featuring David Miranda on page 29 of the RioGayGuides report. The Wayback Machine did not archive all the images so this adds some further information. 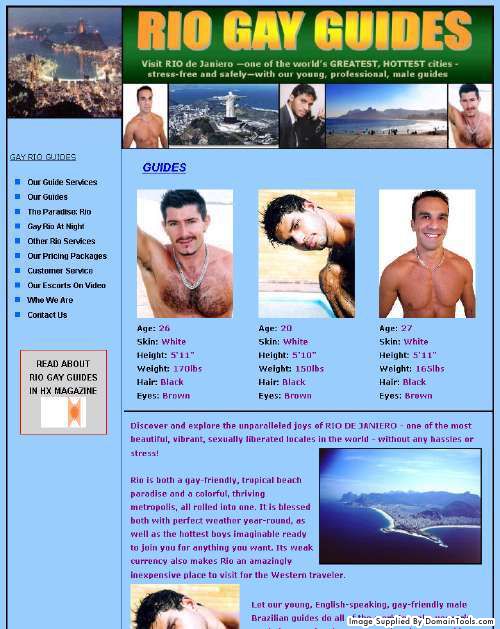 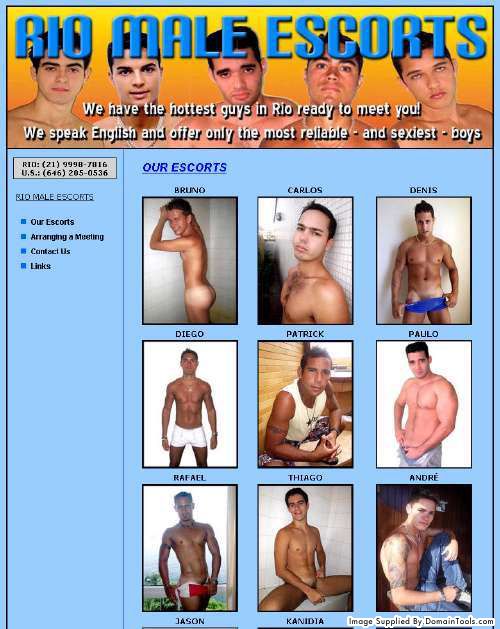 Note that our reproducations of Rio Gay Guides and Rio Male Escorts take all of their material from the Wayback Machine. However in a small number of cases embedded images are missing from the archive: we have substituted reasonably equivalent images (also from the archive of the the same sites). This is why the screenshot captured above by DomainTools has a different picture of David in the center from the one we have reconstructed. Those are the only changes we have made, and the Wayback Machine links to critical pages are provided in the sidebars.