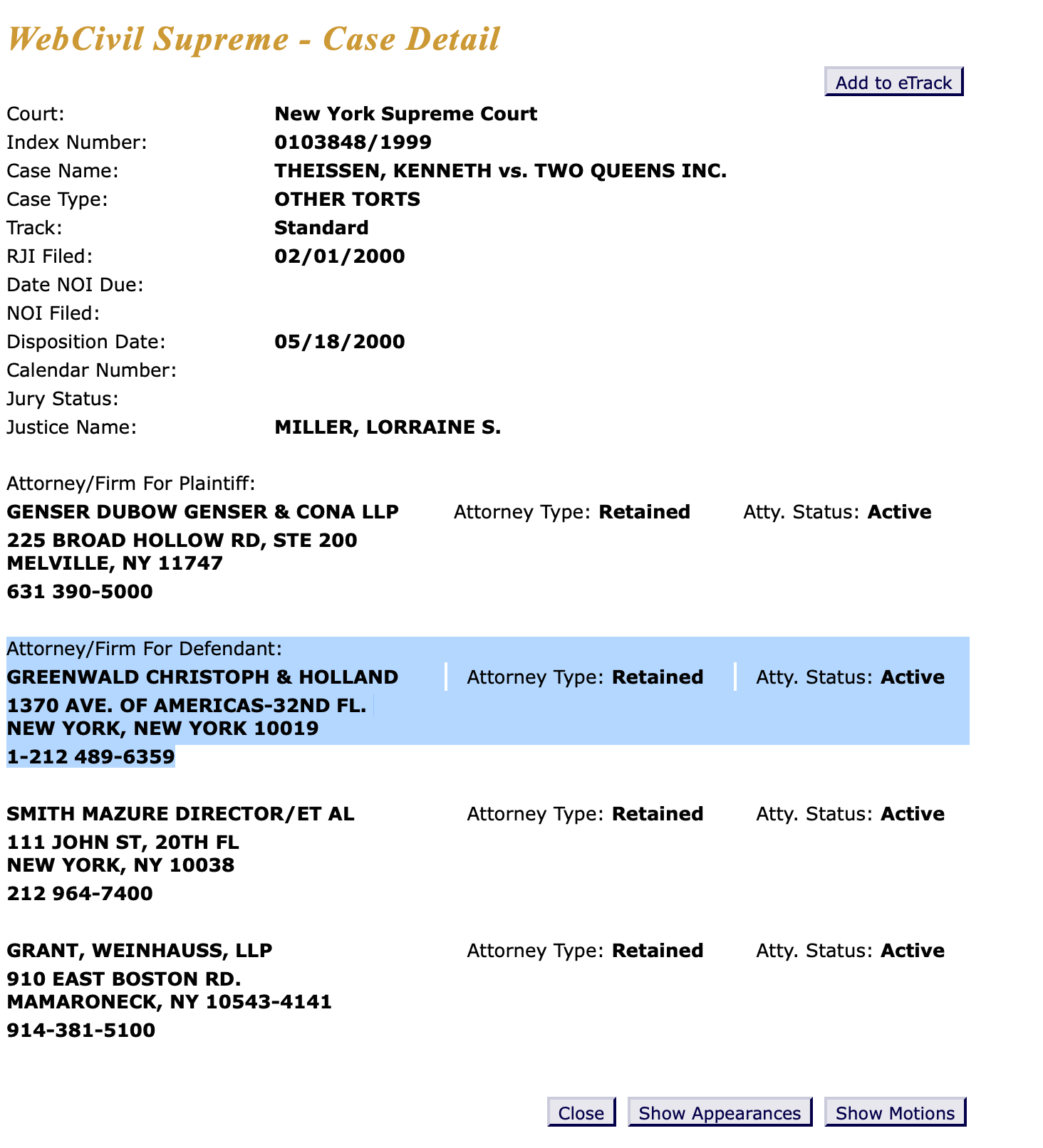 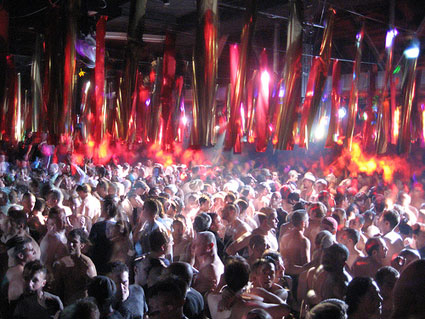 Photos depicted are of The Roxy, although not the photos in this case. Where’s Glenndo? 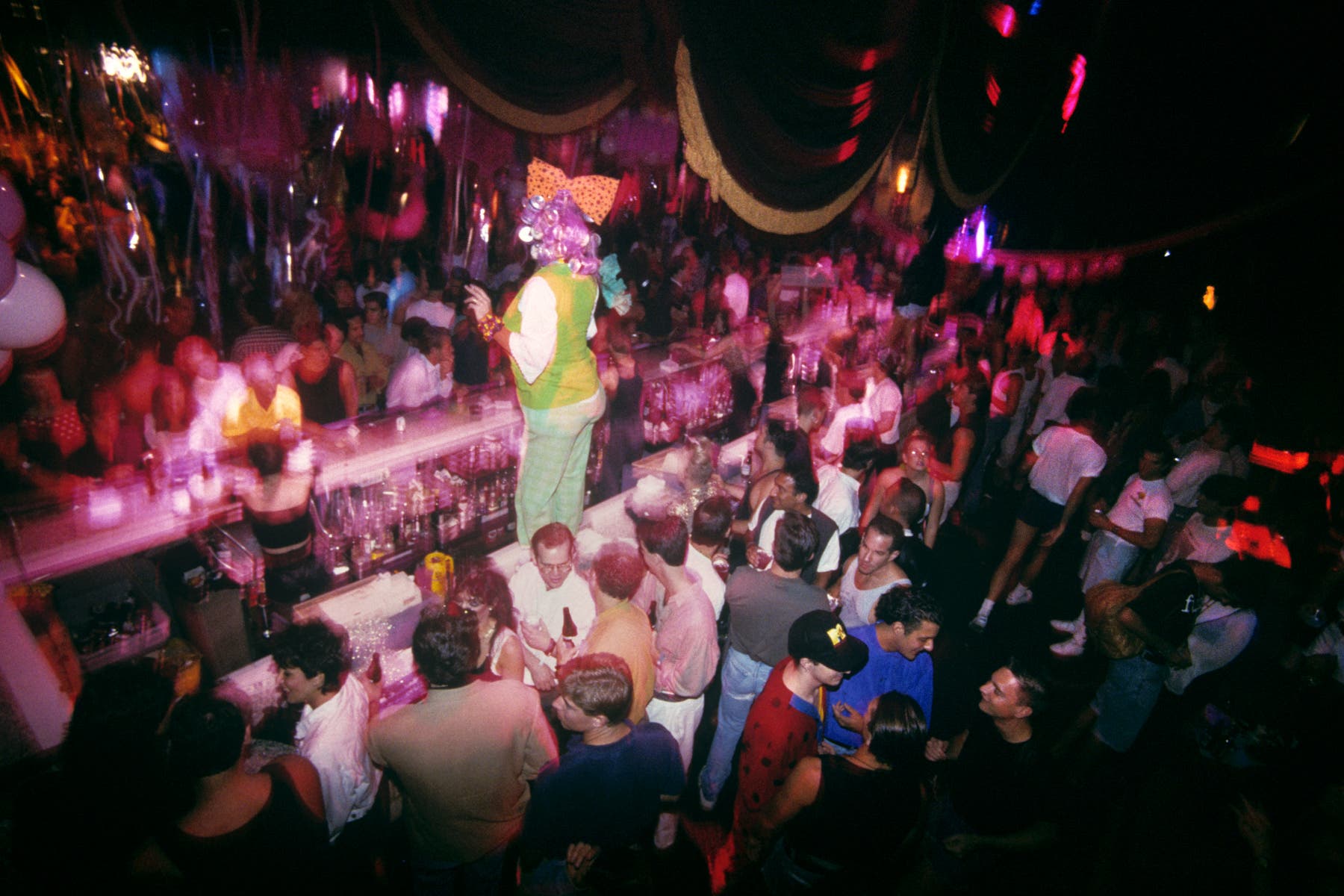 Just one of at least three cases in which Glenn represented the owners of HX magazine, an exceptionally well-produced gay bar rag published in NYC from the early 90s to 2007.
As we know HX promoted Glenn’s company in at least four prominent articles – not an easy endorsement to get.

New York Supreme Court Justice Miller (N.Y. Co.) found that a release signed by Kenneth Theissen, a bodybuilder who agreed to have photos taken for a physique magazine layout, extended to the subsequent use of his photograph in HX Magazine, thus defeating his claims of invasion of privacy, defamation, and intentional infliction of emotional distress. Theissen v. Two Queens, Inc., reported in New York Law Journal (May 18), p. 29.

Theissen had responded to an advertisement placed by Sean Kahlil, a photographer, who was seeking models to illustrate a planned article in Fitness Plus magazine. Theissen submitted to a series of photographs that would be used to demonstrate a particular exercise workout at one session, and then agreed to a second session for “opener shots,” described as “nonworkout photos of Theissen demonstrating the aesthetic appeal of his physique.” The “opener shots” included carefully posed nudes (but evidently not revealing genitalia). Theissen signed a release authorizing use and publication of the photos by Fitness Plus, and the company that published the magazine, Princeton Media Group, Inc.. The release covered, by its terms, the photographs of Theissen taken “for any purpose whatsoever, including promotion or advertising for Princeton Media and including the use of such images on products, and for purposes of trade.”

The article using these photos was planned for the January 1999 issue of Fitness Plus, but the magazine suspended publication for financial reasons and the issue was never printed. Since the magazine still owed Kahlil payment for the photos and they were out of cash, the assigned Kahlil back the right to Theissen’s pictures. Kahlil then turned around and sold the “opener shots” to the company that operates the Roxy nightclub, which used them in an advertisement for its all-male production of Oscar Wilde’s play, “The Importance of Being Earnest.” The Roxy placed a full-page ad for the play in HX Magazine, a bar handout aimed at the gay male community in New York City, using Theissen’s nude photo as an illustration. HX, owned by Two Queens, Inc. (yes, those Queens…. ), published the picture in reliance on the release Theissen had signed. Subsequently, John Blair Productions, a gay community party promoter, reprinted the photo from HX on various fliers it mailed out to promote gay community events.

Theissen, who evidently does not consider himself to be gay, was quite upset when he found out the uses to which his photograph had been put. He sued Kahlil, HX and Blair, claiming violation of privacy, defamation, and intentional infliction of emotional distress. The first two defendants moved for summary judgment, setting up the release as their defense, and Justice Miller found they had a good case. N.Y. Civil Rights Law, sec. 50, creates a cause of action for invasion of privacy that extends to unauthorized use of a person’s photograph for purposes of trade. Since Theissen was not in the Oscar Wilde play, the use of his photograph in an advertisement for the play was solely for purposes of trade, thus theoretically bringing his case within the statute, but Miller concluded that the use of the photograph was authorized under the circumstances because of the breadth of the release that Theissen had signed.

Theissen had tried to overcome the effect of the release by testifying about a phone conversation he had with Kahlil after he became upset upon learning of the use of the photograph by the Roxy and HX, in which Kahlil allegedly apologized to Theissen, and said “I won’t ever use anything of yours again without your written permission so you know what it is.” Theissen contended this was an admission by Kahlil that he did not have permission to sell the opener shots to Roxy. But Justice Miller wasn’t buying this argument: “the statement should be taken in the context of a photographer trying to retain the good will of a model with whom he wants to continue to work. Because this Court holds that the ‘opener shots’ were covered by the release, Kahlil’s gratuitous promises of future conduct and erroneous interpretation of what was covered in the release are irrelevant.”

Having found that the use of the photograph was authorized, Miller found that all of Theissen’s torts claims collapsed, and never had to get into the issue of whether the use of somebody’s photograph in a gay publication would be considered defamatory of they were not gay, which could have been a rather interesting discussion in light of the somewhat retrogade caselaw on the issue of gay defamation in New York state. Thus, summary judgment was granted in favor of defendants Kahlil, the Roxy, and HX Magazine. However, it was unclear whether Blair “acted pursuant to the release,” and to judge by the opinion Blair had not joined in the motion for summary judgment, so the action continues against Blair Productions, and perhaps at some future time Miller will have to grapple with the defamation question (unless Blair is willing to buy off Theissen with an apology and some bucks). A.S.L.